Before you can render, GBDeflicker3 scans through your clip analyzing the amount of flicker. After you analyze, it removes the flicker when you render. We've made several improvements to GBDeflicker3 to speed up the analyze process. 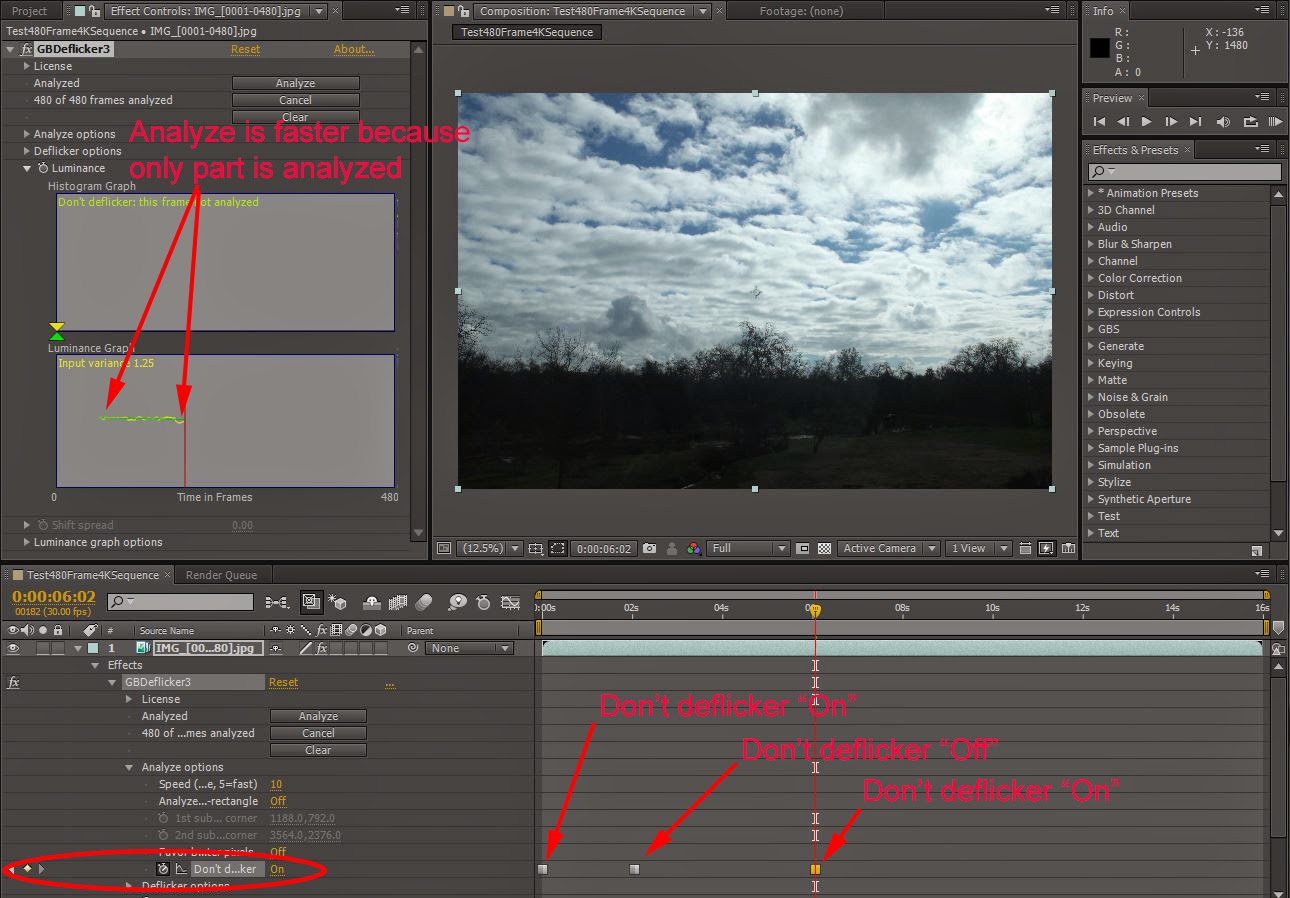 How to Start Using GBDeflicker 3.1.1

If you already own GBDeflicker3, just download and install this new update free of charge. If you own GBDeflicker2, now is a good time to upgrade at a reduced price.

GBTimelapse as a Slave to NMX or any Moco Device

GBTimelapse has extended its functionality with motion control systems to synchronize with virtually any motion control device that has a camera shutter release jack.

Typically, the camera jack connects to the camera shutter by a special cable. Instead of connecting the jack to a camera, you can now connect it to a Phidget 2/2/2 USB device attached to  a laptop computer  running GBTimelapse. When GBTimelapse is in the Slave/Phidget mode, it will wait and capture an image when the Phidget detects a motion control (moco) camera shutter release signal.

The image below shows GBTimelapse connected as a slave to a Dynamic Perception NMX motion controller. For clarity this image just shows the basic parts, not the motion control gear itself.  This set-up can be used in the identical way with any other system that has a camera shutter trigger. 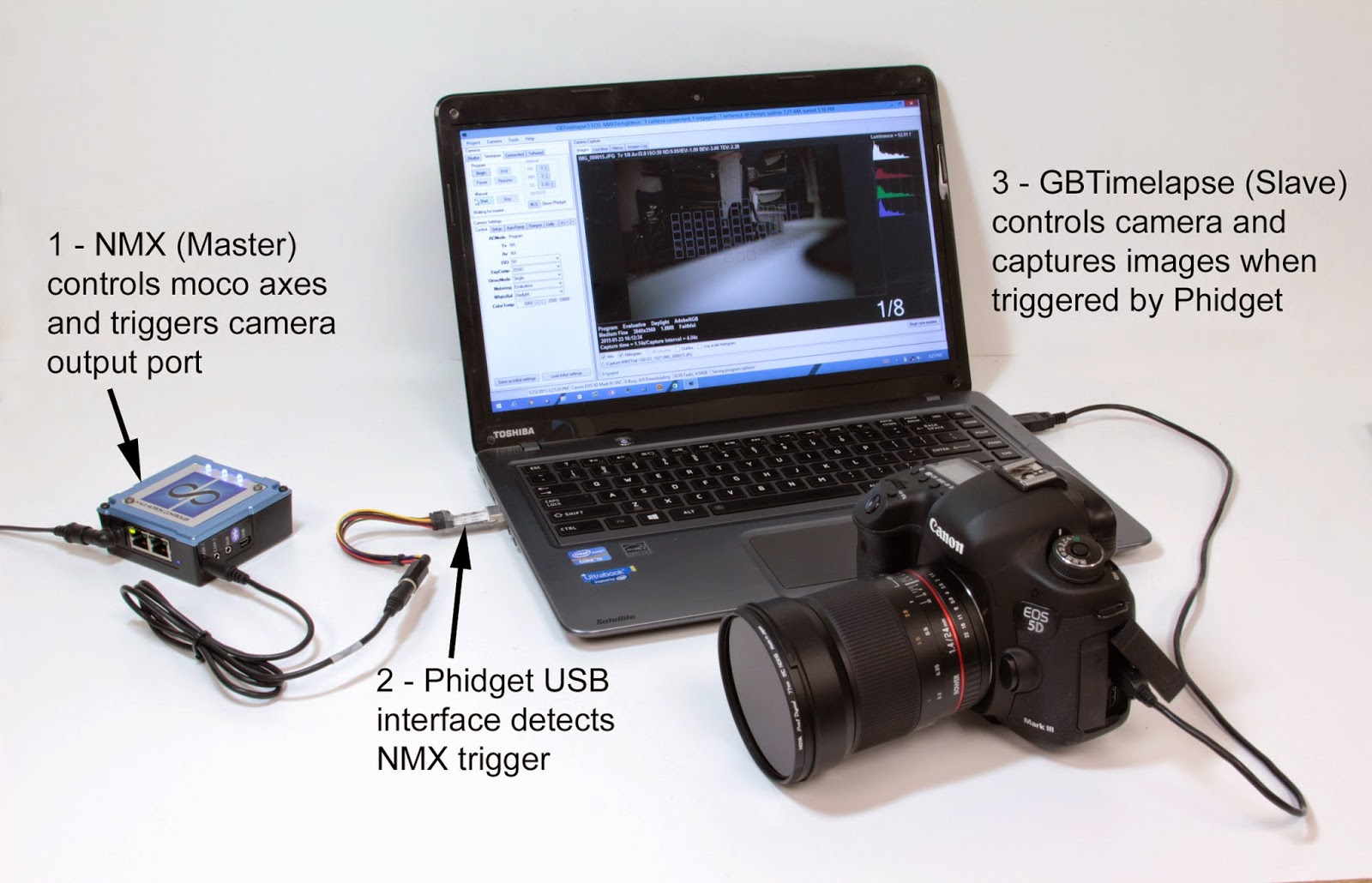 The GBTimelapse laptop computer requires one Phidget 2/2/2 interface wired for a connection to its digital input by a mono jack. All you need is the Phidget and a female mono jack – the cable comes with the Phidget. 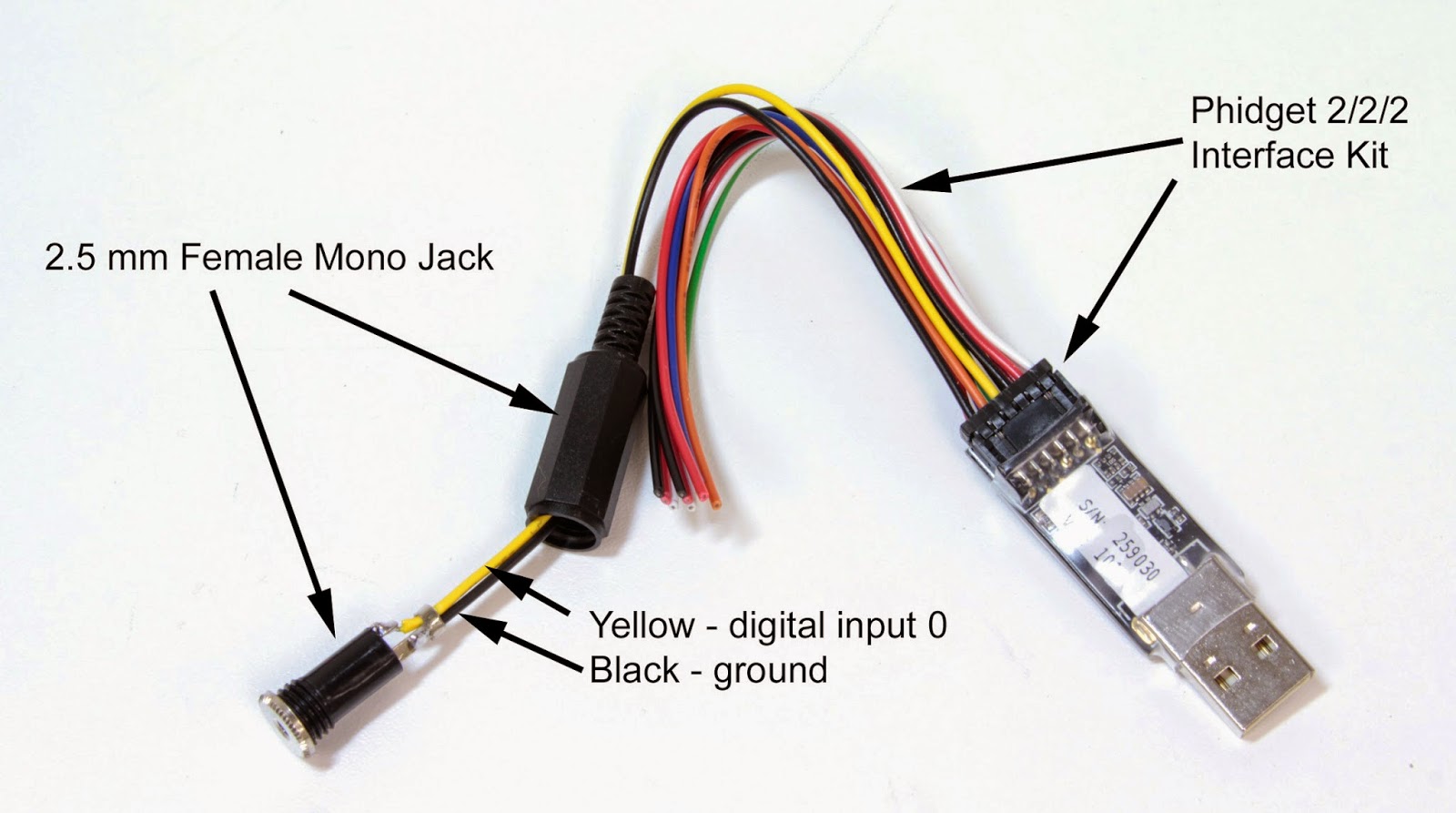 You can get the Phidget 2/2/2 Interface here…

Follow the easy 6-step configuration below to get started! 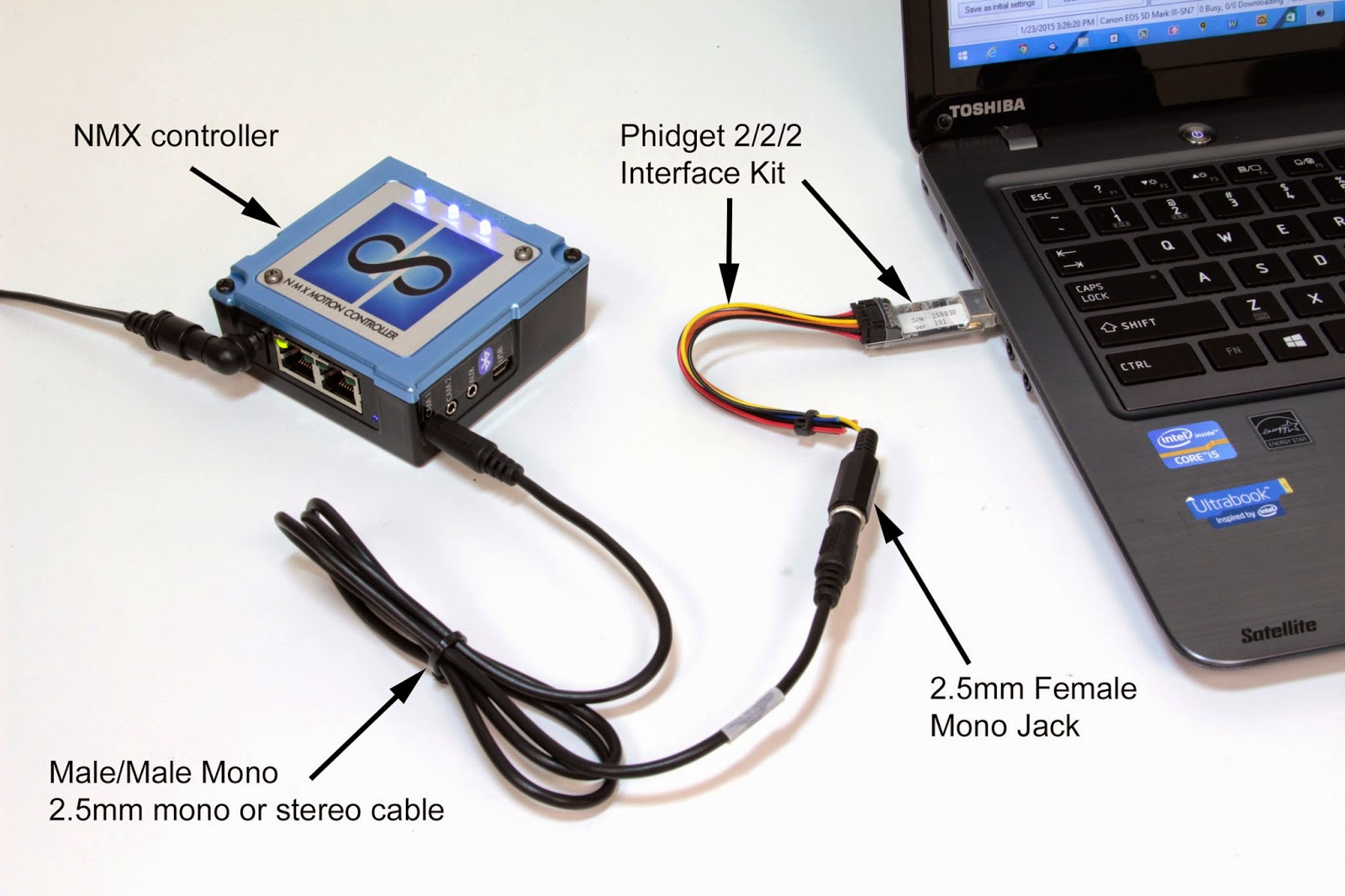 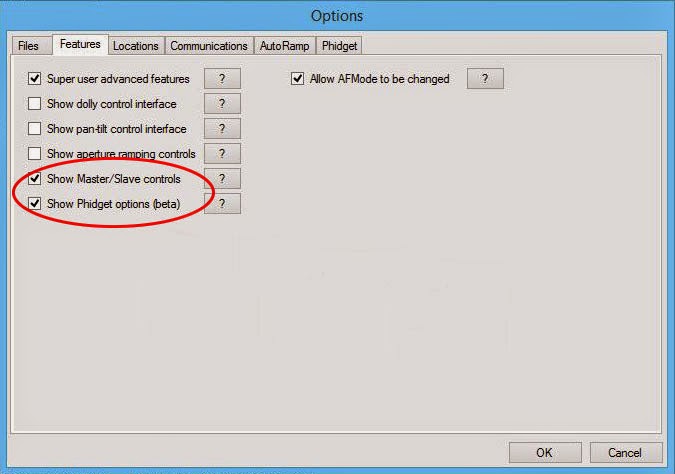 Step 3 - Set the Phidget options to capture an image when digital input 0 is triggered. 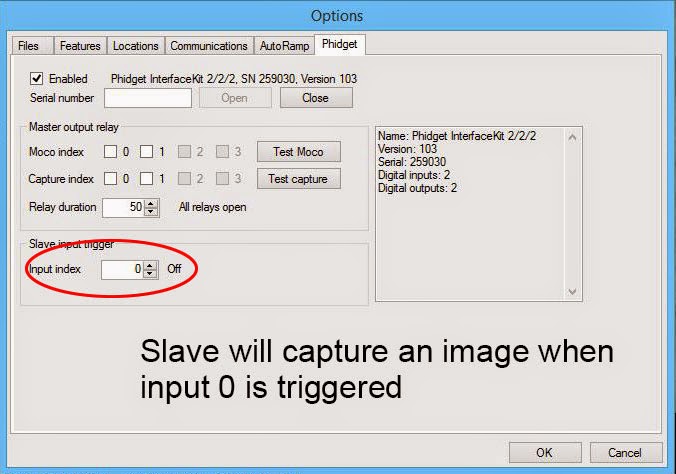 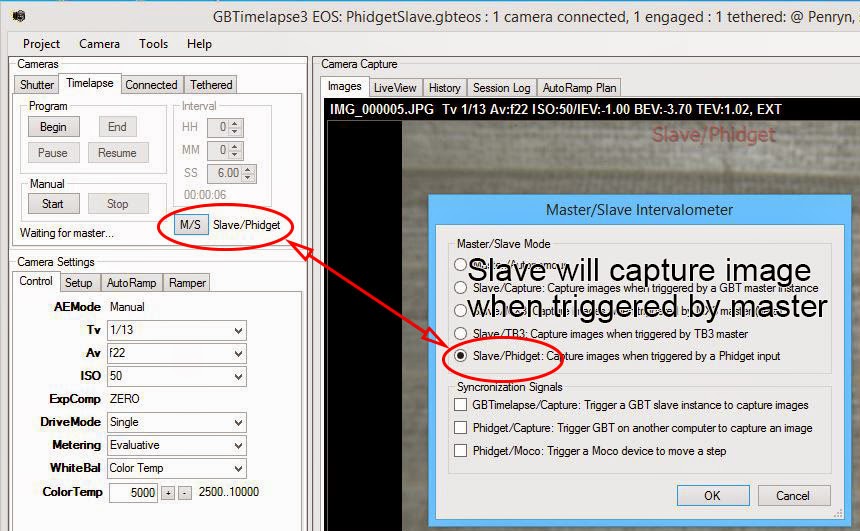 Step 5 - Begin the time-lapse and GBTimelapse will wait for signals from the moco device.

Step 6 - Start the Moco device program. When the device sends a camera shutter signal GBTimelapse will control the camera and capture an image. GBTimelapse will follow its program and preform its AutoRamping controls adjusting Av, Tv, ISO as it normally does for flicker free “holy grail” time-lapse at sunset or sunrise.

Do you shoot your time-lapse sequences in RAW?  If so, you definitely know how long RAW images take to load into Adobe After Effects. This process takes time because the RAW images are large and must be "debayered" (filter that converts RAW image data into an RGB image) before they can be displayed.

If you create a proxy file for your RAW sequence you can dramatically decrease the GBDeflicker analyze time. For my example of a 400 frame sequence, using the proxy reduced the analyze time from 12 minutes to only 50 seconds.  That is less than 10% of the time!

Please watch this short video to see how to use a proxy file for your RAW image time-lapse.